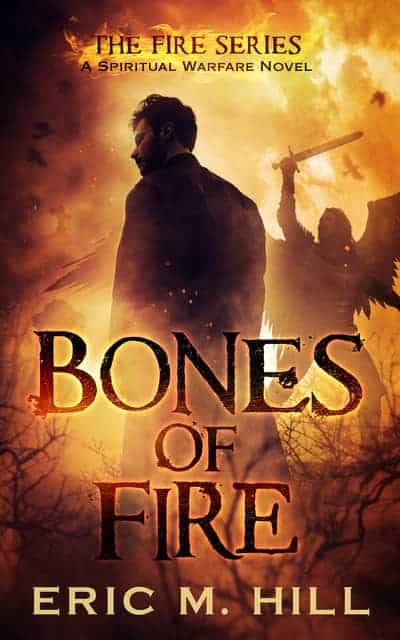 The Styles family is about to be sucked into a whirlwind.

Reverend Edwin Styles is a good man, but unprepared for the spiritual warfare that is about to overwhelm him and his family. He doesn’t believe in demons or warlocks. He only theoretically believes in angels.

But his ignorance of spiritual warfare won’t shield him from being chosen by God for a mission so critical that the angel who commanded the forces at The Battle of the Resurrection of Jesus Christ has been assigned to help him.

Edwin will need all the help this famed warrior angel can offer. For the kingdom of darkness has assigned the Mighty Bashnar, one of its most ruthless demons and cunning military strategists, to thwart God’s plan and to destroy this man of God. 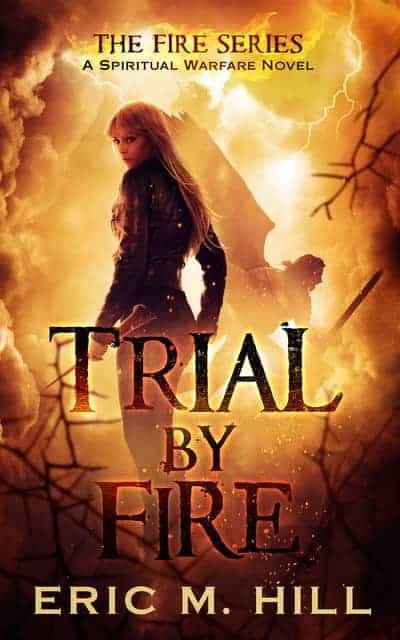 Reverend Edwin Styles and his family were battered and bruised in the onslaught they suffered in Bones of Fire. They learned there is a terrible price to pay for not understanding and not engaging in spiritual warfare.

In Trial by Fire, the battle for Atlanta continues. The Mighty Bashnar is back with special authority from heaven to overwhelm the Styles’ family. It’s his Job Strategy.

The plan is simple: Overwhelm and destroy them with non-stop troubles and tragedies.

Will the Mighty Bashnar have his way? Or will the people of God use the weapons of their warfare to cast down strongholds? 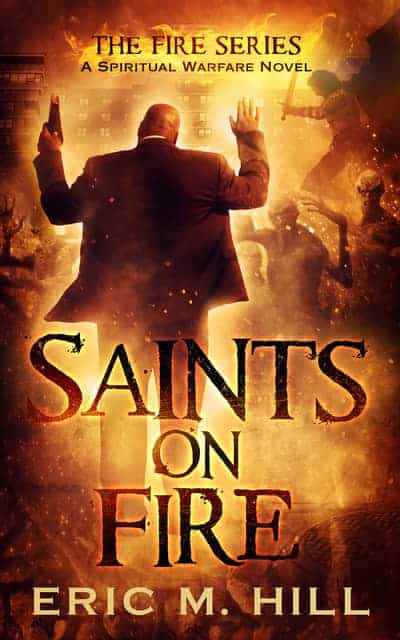 A new spiritual warfare battle simmers to a devastating boil in Atlanta.

Annihilation and Slavery are two ruler spirits who have together ruthlessly dominated Atlanta’s dangerous inner city communities of The Bluff and Mayhem.

The Bluff is known nationwide for its high-potency heroin. And Mayhem has a name that perfectly describes the wildly violent environment of its several-thousand-strong public housing project residents.

Both demons are confident that the church is too uninterested or intimidated to bother the residents they consider property. Then the unthinkable happens.

The mysterious blue mist of the Holy Spirit invades. He uses an unlikely person to show the church and dark powers that His light shines brightest where it is most dark. 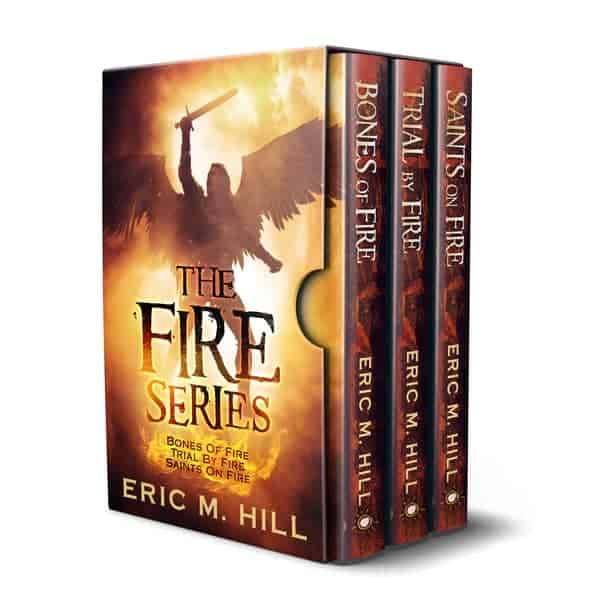 Over 1200 Pages of Suspense and Thrills!

All three books in The Fire Series for a huge discount! 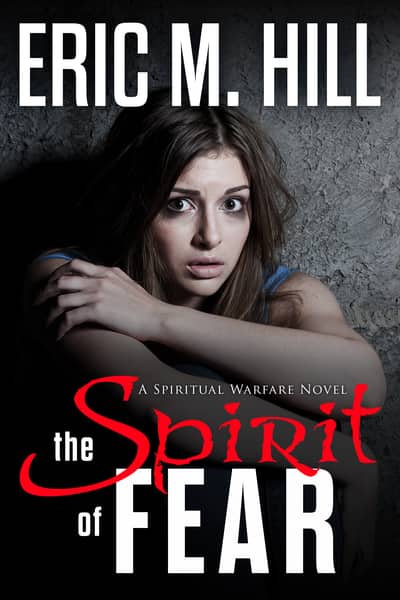 What happens when a demon of fear invades a woman nearly one hundred years ago and later attacks every one of her female descendants with fears so devastating that dreams are destroyed, giftings are abandoned, behaviors become weird, and insanity seems inevitable?

Elsie is one of those descendants. She’s been told all her life that she is beautiful, brilliant, and strong. Time has proven these words true.

It has also proven that the generational curse of fear Elsie declared would never get her has caught up to her with a vengeance.

Her condition worsens so fast that she is forced to consider things she once thought were myths, or worse, crazy. Are demons the problem? Is God the answer? 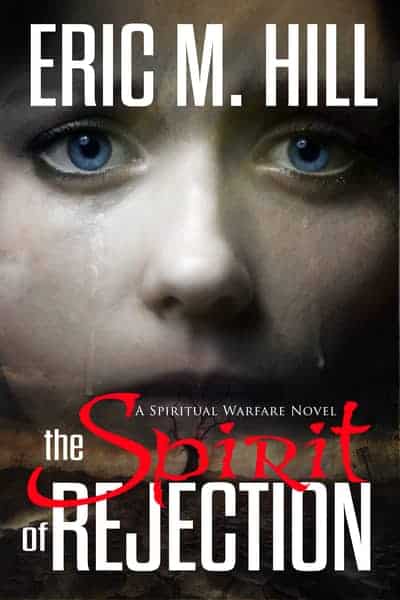 Some pregnancies are celebrated.

Those that are not attract demons.

Little Becca is thrust into spiritual warfare while she is still in her mother’s womb. She’s only the size of a pea. But size means nothing to the evil spirits who roam the earth in search of victims. Victims who under the right circumstances may become homes for demonic invaders.

One day a roaming demon of rejection is drawn to the baby’s home by the power of negative words being spoken about her. 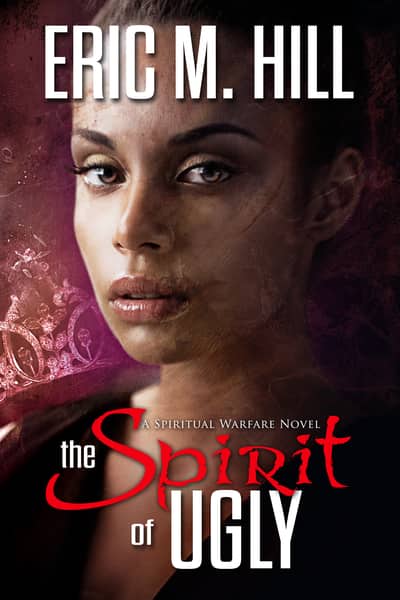 Myra’s life is one long torment. She is being attacked by Hideous. A demon who specializes in making women feel ugly.

First, it was a haunting, oppressive feeling as a child that made her feel inadequate and ugly. Years later, the feeling turns into actual voices in her mind. Voices that constantly ridicule her appearance and drive her to try to fix herself.

One day it gets intensely worse.

She comes to the attention of the demonic Council of Hatred of All Women.

Lord Vicious normally works on destroying women by the hundreds of thousands or millions. But he takes on this case as a special favor. 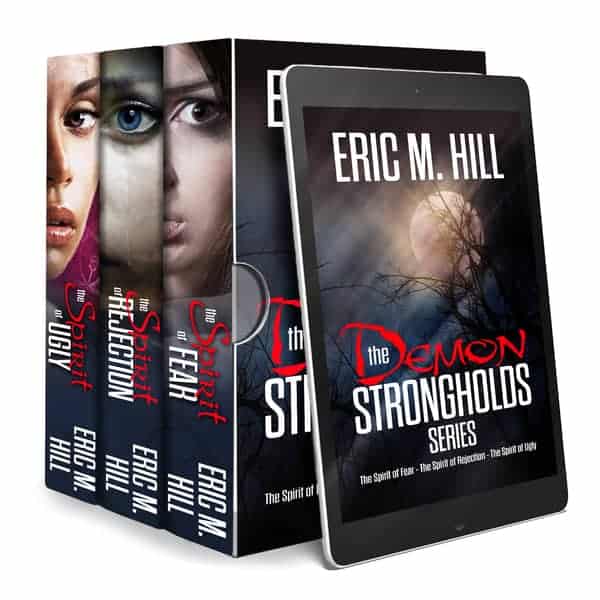 1,000 Pages of Suspense and Thrills

All three books in the Demon Strongholds Series for a huge discount.

Story 1: The Spirit of Fear

Story 2: The Spirit of Rejection

Story 3: The Spirit of Ugly 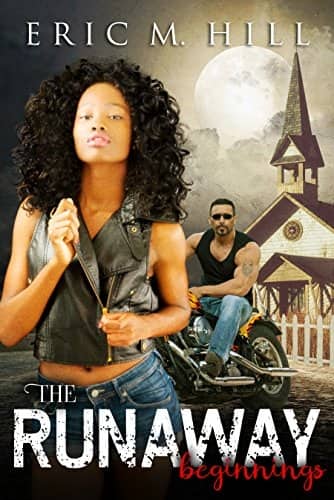 Why is a church girl thinking more about bad boy bikers and sexual domination than she is about the Lord?

What would make her run away from home with an unpredictably dangerous member of an outlaw motorcycle gang and submit to the barbaric, male-dominated culture of SATAN Nation?

Keisha is having a crisis of faith. She’s a sixteen-year-old girl who was raised in a loving, Christian family. But she no longer knows what she believes. Or does she?

Is she a Christian? Or is she being untrue to herself and living a lie? Are her Christian values hers? Or are they her parents’? The inner conflict is driving her nuts. It’s driving her to do things a Christian girl would never do. 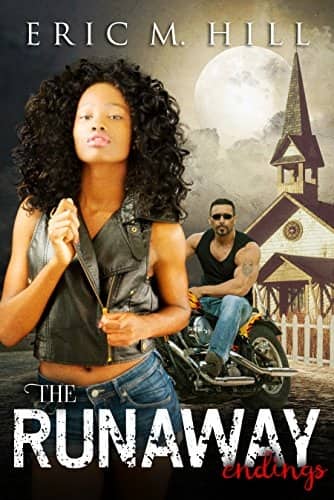 She wanted him. She wanted him bad. She was going to have him. Even if it meant making him her god and  becoming his property.

It was the SATAN Nation way.

Her fantasy of becoming Devil’s woman, a SATAN Nation woman, has come true. It’s everything she craved. Freedom. Adventure. Sex. Crazy, maddening, Oh, you must be a god! sex.

But Keisha finds out that life in an outlaw motorcycle gang of alpha male sociopaths isn’t what she had in mind when she turned her back on God and ran off to enjoy a life of sin.

And unlike her bad boy biker novels, she can’t end this story by closing the pages of a book. Only God can help her now. 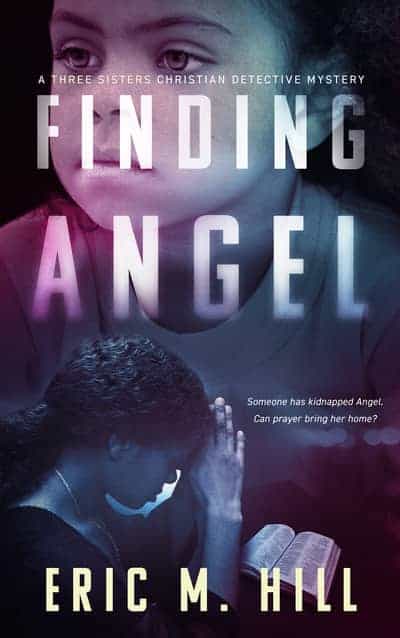 Nicki, Terri, and Ros are the Three Sisters Detective Agency. They only take impossible cases. These are usually poor people who have been unjustly convicted and are facing a death sentence or life without parole.

This calling was thrust upon them as children when they watched their own beloved father get snatched from his pulpit by an army of police, and later be convicted of a heinous crime they feel he couldn’t possibly have done.

Many years later, despite their best efforts Daddy is still in prison. So are they. Prisons of anger, doubt, betrayal. How could God let such a good man as Daddy go to prison?

Each sister wrestles with the tormenting questions in her own way. Then one day it happens again. 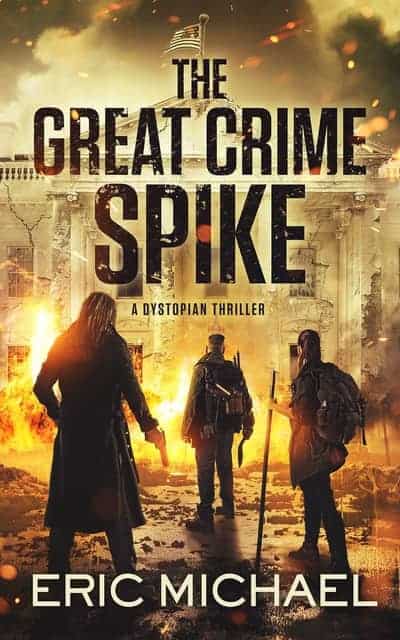 Can America Survive the Great Crime Spike?
America 2050 is not the democracy it used to be.

Fearful citizens, community self-defense groups (CSDGs), and even renegade cities and states have taken the law into their own hands. It’s open season on predators…and suspected predators.

The perfect environment for the darkly ambitious President Cuning. 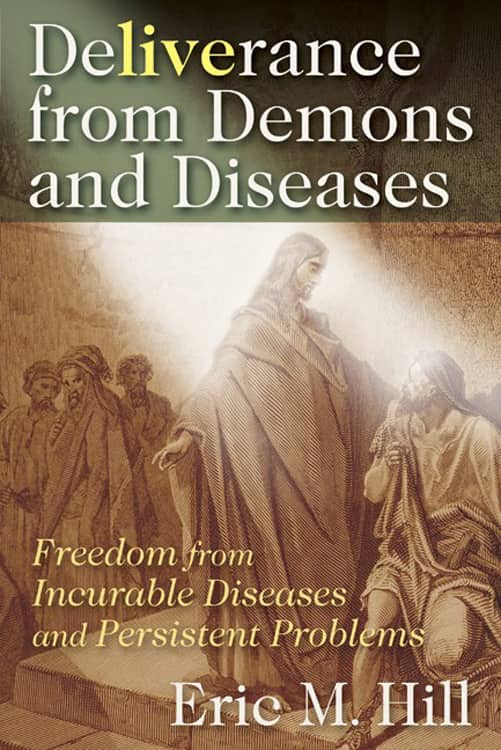 Tormented by persistent problems or incurable diseases? Done all you know to reach God, but nothing happens? Fasting, praying, crying, counseling–nothing works? If so, this book is for you.

Eric explains how to seek God for help. He shows from the Bible and personal examples that many problems are directly aggravated or caused by demons–evil spiritual entities ignored or scoffed at by many, but spoken of as literal beings by Jesus Christ and the Bible. 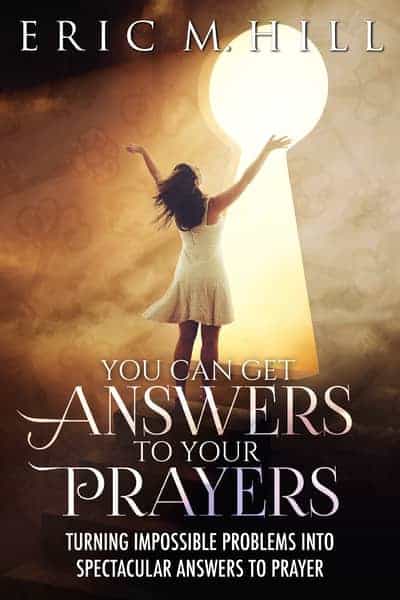 Millions of Christians read wonderful Bible promises and wonder why nothing happens when they pray. They know God loves them, but for some reason their prayers never seem to make it past the ceiling.

This condition is widespread and accepted as normal. Yet, from a biblical perspective, it is abnormal for a Christian to routinely not get his or her prayers answered. This is not what we see in the Bible; it is not what we should see in our own lives. It is not going to remain this way in your life!

This short, simple, but insightful book is going to reveal to you truths and methods that will allow you to join the ranks of those who have learned how to get spectacular answers to prayer. It will be especially helpful to those who are facing stubborn or so-called impossible situations. 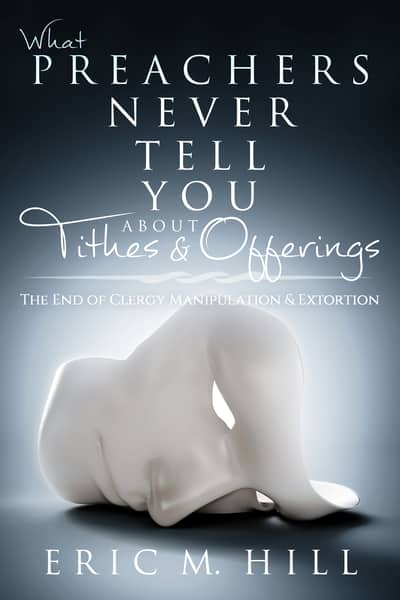 Millions of Christians are under the impression that the salvation they received freely “by grace through faith” actually costs a non-negotiable lifetime fee of ten percent of their gross income.

Some ministers present this lie to the unwary wrapped in the package of promises of blessings to come if they pay their tithes.

Others dismiss the pretense and go straight thug: “Give up the cash or else!”

Eric fully explains the false doctrine of the financial tithe and why you are free from its man-made obligations.

Written Conversationally and Easy to Understand
The Coming Kingdom of God is a unique and easy-to-understand reference that identifies popular and overlooked Scriptures that directly and indirectly discuss the coming of the Lord and His physical kingdom to the earth.

Insightful commentary is provided that will inform, encourage, and thrill you.

Eric M Hill has been a Bible teacher for over four decades. He is a member of the International Society of Deliverance Ministers (ISDM).

Eric has written many books. He is best known for his spiritual warfare novels.